Custom songs are a relatively new concept. It is an industry that exists almost entirely on the internet. At this point, I do not see it as being overly competitive in terms of which website a client might choose. Instead, the challenge is to legitimize the industry itself. The act of purchasing an original song written to specification as a gift or promotional tool is not something that many people think of. Before worrying specifically about competing with other websites, I feel like time should be given to raising public awareness about custom songs in general. The growth opportunity for custom songs in general and for Custom Serenade specifically hinge on making this public awareness a reality. Interest in custom songs seems likely to grow as digital technology becomes more commonplace and simple. Industry leaders have yet to emerge, but my ten years plus experience would put me in a position to consider myself an authority if not a leader.

Custom Songs or Personalized songs can be produced in a number of ways. Most are written from scratch and recorded according to the client’s needs. However niches exist such as re-writing the words to a popular song, and writing lyrics to a pre-recorded song template. There are also sites that cater specifically to children. There are also popular music performers who sell custom songs written in their specific style for their fans.

Custom songs from Custom Sereande provide not only a great gift, but also a great gift giving experience. Custom Songs give the gift giver the opportunity to express their feelings about the recipient of the gift, and to be involved to varying degrees in the creative process. It is a perfect gift solution for “the person who has everything” and for the generous person who wants to be more involved in their choice of a gift. A custom song does not take up room in the closet or on the shelf. It is not fattening and doesn’t violate any dietary restrictions. It will not wither or fade away.

Similarly, with the internet becoming ever more popular, theme songs for blogs, podcasts, and websites as well as soundtracks for videos are more in demand. At Custom Serenade we offer an affordable alternative to licensing royalty free music. With us the client will have the opportunity to tailor the music to his/her needs.

Upon hearing “He’s Fine” for the first time I wondered why it wasn’t on the news. Why was Lester Holt not telling the world about it? Why was there not a headline in the New York Times saying “Secret Sisters’ melodic new song will stop you in your tracks”?  I don’t know how something this amazing has escaped my social media feed for nearly a month, and the fact that I’ve never heard of the Secret Sisters until now indicates that my musical radar needs a serious recalibrating.

“He’s Fine” has it all. Lyrics that tell a story, a melody that swims then flies, vocal harmonies that find your soul and poke it, and even a memorable drum part. The Secret Sisters are in fact sisters, and there were a blood harmony hall of fame, they’d be in it. Comparisons to the Everly Brothers and First Aid Kit are inevitable, and fairly accurate.  But the Secret Sisters are 100% their own thing. A cursory listen to their new album You Don’t Own Me Any More shows a strong and uniquely southern identity as well as a passion for songwriting that seems crucial to the existence of the songwriters. It’s full of great work, but still it’s hard not to just listen to “He’s Fine” over and over again.

In addition to being a songwriter, I’m also a music fan and a teacher. Therefore, I was happy when a longtime client approached me with the possibility of creating video tutorials and tablature for some of his favorite songs. Incidentally, they are some of my favorite songs too! This tutorial is fairly thorough, moves pretty slowly, and doesn’t assume a lot about your guitar skills. I hope that you’ll find it a useful tool!

If you enjoy this free tutorial, please look around Custom Serenade and consider getting a custom song from us! 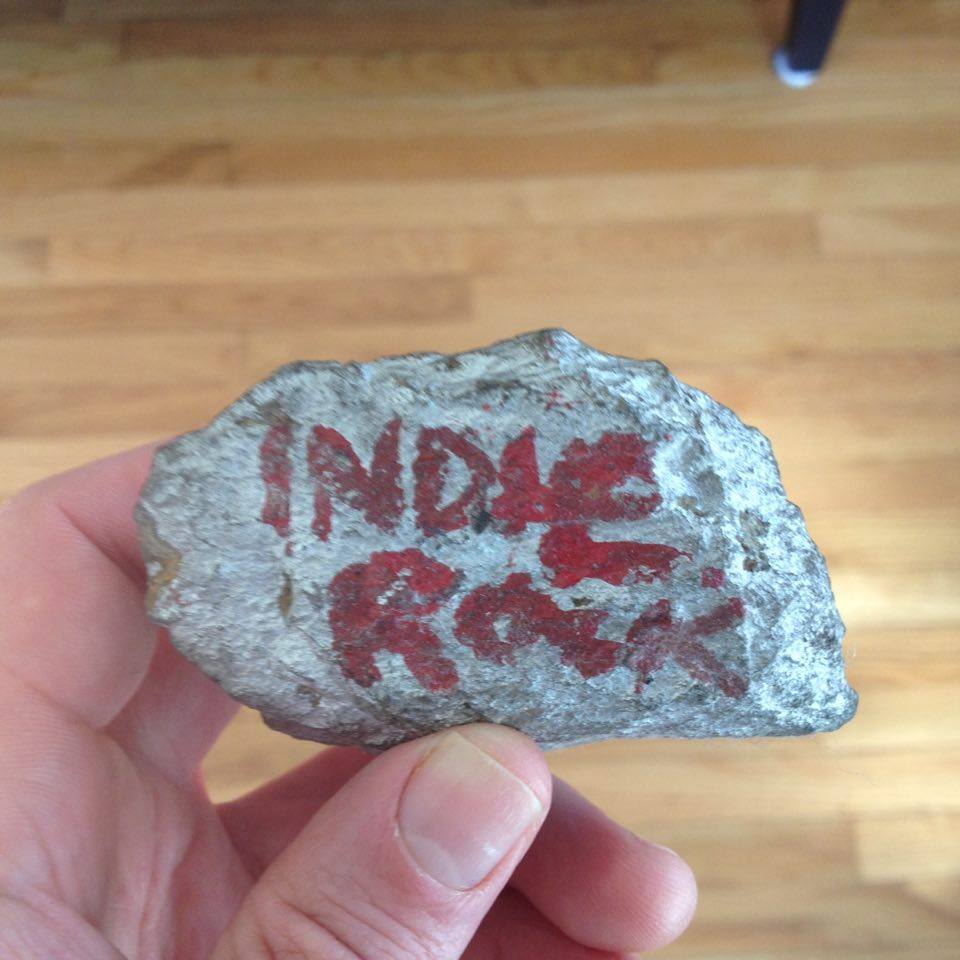 I go back a long way with The Magnetic Fields. The picture above is of an “indie rock” that one of their early guitar players threw into the crowd the first time I saw them. At that point in time, The Magnetic Fields were one of those bands whose records you couldn’t get. I would go to the record store weekly and ask for them, the person behind the counter would always say they didn’t have them but could order them but they never came. I remember one day I was sweeping the floor of the house that I shared with punk rock band Pipe when their lead singer walked through the door and casually mentioned that he’d been at Schoolkids Records and that they had a Magnetic Fields 7″. I literally dropped the broom right where it was (not like anyone but me cared about the mess) and ran to the record store to buy it.

Rumor had it that singer Susan Amway had left the band and they had broken up. But, lo and behold, when Merge Records turned five years old, The Magnetic Fields were on the bill for their anniversary show! Stephen Merritt was handling lead vocals. Once Merge was involved, the Magnetic Fields records were released and re-released to the delight of myself and other fans. Their next two albums (and the b-sides of their accompanying 7″ records) featured Merritt as the only vocalist. The second of these two, “Get Lost” is thought by some to be their best album. “Why I Cry” is one of many great songs on that album.

I could go on and on about The Magnetic Fields and Stephen Merritt’s other projects. He’s probably my favorite songwriter of all time. One thing I like about his work is that the songs are simple but powerful. They were some of the first songs I figured out on my own, and I’m very glad to be sharing these tutorials with anyone who is interested. I hope you have gleaned something from this tutorial. Please check out some of the other ones!

The last few weeks have seen an avalanche of really good new material from some classic artists. Ray Davies has released the best work of his solo career, Blondie have a solid new pop song, and I also discovered that Cindy Wilson of the B-52s is releasing new material (and touring). But the grand slam of all the recent vintage delights is the latest from Robyn Hitchcock .

I occasionally encounter people who do not like the Beatles. One trait that all of them seem to have in common is that they’re itchin’ for a fight in regards to the Beatles being considered the greatest band in rock history. One can usually silence these naysayers by asking if they can name another musical acts that has;

This usually elicits a series of harrumphs and guffaws, but rarely does it elicit an actual answer. I always win these arguments—but that’s because no one has ever countered my query with Robyn Hitchcock.  Whether it be with The Egyptians, The Venus Three, or by his lonesome, he has never put out a bad album, and he is possibly unmatched as far as quantity of great songs is concerned.

Whereas the Beatles became the model for pretty much every rock band that came after them and spawned a billion imitators in terms of song writing style, Robyn Hitchcock’s music and his songs are unique to the point that they’re nearly impossible to imitate. I speak with authority here because I’ve tried. He is truly one of a kind. Deceptively complex, brilliantly strange.

As rockers age, they can fall into a number of traps. Trying to re-create something they’ve lost or evolving into something that no one wants to hear are two common pitfalls. But Robyn Hitchcock has managed to remain consistent in style and quality  throughout his long career. Proof in the pudding is his new song “Raymond and the Wires”. It sounds like it could have been on 1984’s I often Dream of Trains. It is a floating low key psychedelic affair.  Lyrically he knocks it out of the park again, infusing the mundane with  poetic surrealism— matching observations with words like no one else.

So, if you see me out somewhere, you should immediately start bad-mouthing the Beatles. When I come up to you and begin my smug routine—asking you to name an artist that can match the Beatles, come at  me with Robyn Hitchcock. I will yield and let ye pass.

Lillie Mae Rische’s accomplishments as a musician are vast. Her abilities as a fiddle player, rock solid singer, and multi-instrumentalist  have been enjoyed on A Prairie Home Companion, in Jack White’s touring band, and many places in between.  Now the world is getting to experience her skills as a songwriter!

“Wash Me Clean” has everything that I need from a country song: a straightforward structure, rich acoustic sounds, and carefully constructed lyrics. I have come to rely on alt country as a comfort zone in which I can always find words that have been carved, shaved and shaped until they express something familiar in a slightly new way. “Wash Me Clean” works through themes of regret and past traumas—but I’m not nearly as interested in analyzing the words to this song as I am in singing it, especially the catchy as hell chorus!

I heard a lot of good new songs this week. The Shins, White Reaper, Karen Elson, and The New Pornographers all graced my playlist with tracks that were contenders for my song of the week, but I had to go with the one that got me singing along. So, warm up your pipes, give “Wash me Clean” a listen and hopefully you’ll find yourself singing along too!

Here’s a running playlist of all my Song of the Week picks. 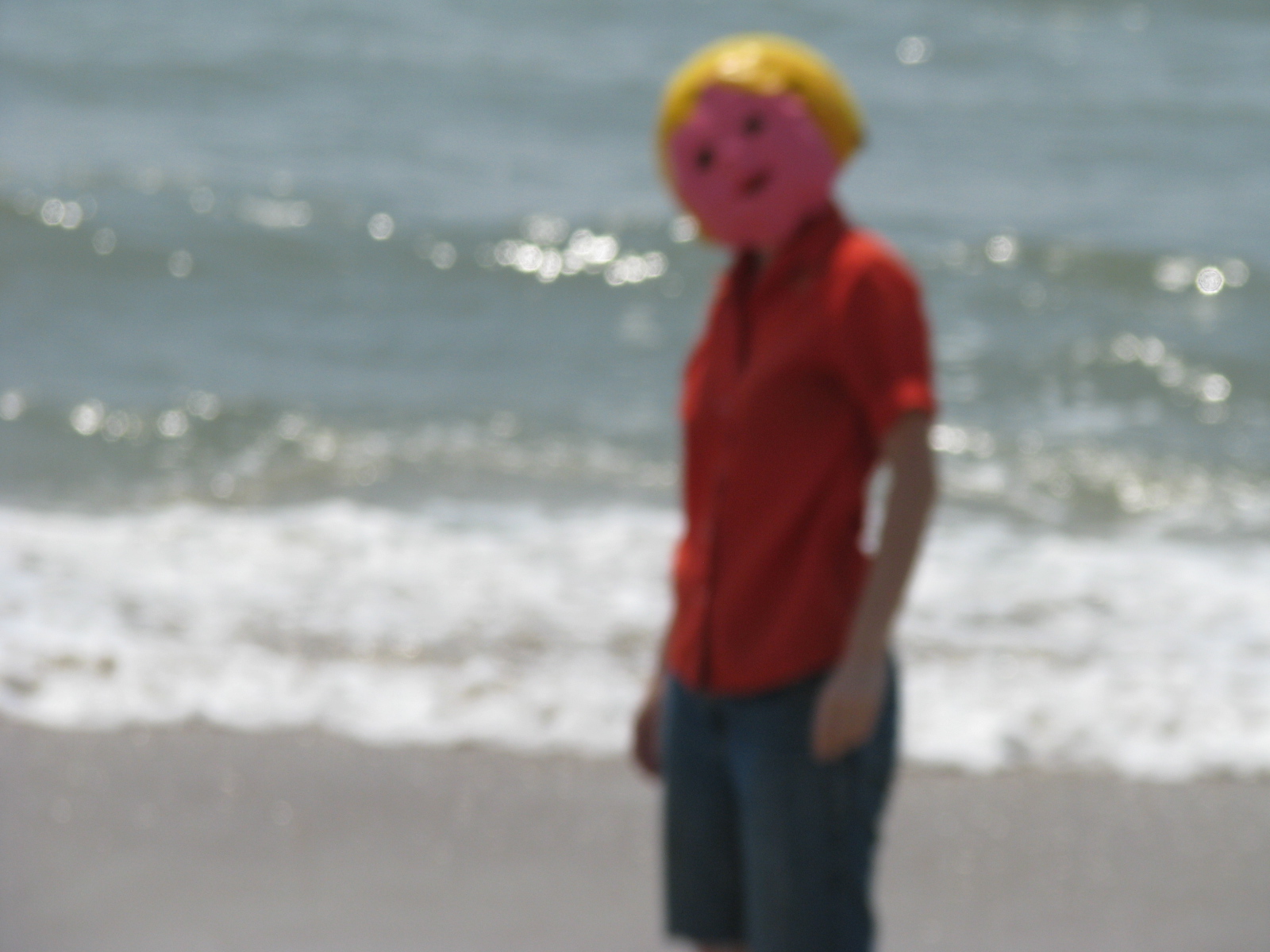